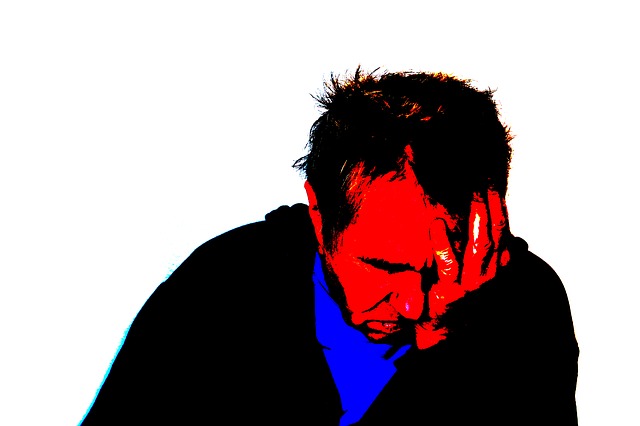 I was miserable. Totally. Completely. Miserable.

All my life, I had wanted just to do my art, to help a few people along the way, and to have some fun. What I was doing now felt like mud-wresting with a hippo. In the winter.

“Salesman” was way down on the list of life paths I had imagined. It was right there at the bottom of the list with crash test dummy and medical research subject. Now, I was trying to get people to buy something they didn’t want, with money they didn’t have, for reasons they didn’t believe.

“I just hate trying to talk to people about stuff that makes them so uncomfortable,” I finally said. The rest of the sales team listening – including the sales manager – started to respond, but the loudest voice was from some guy who apparently was placed in the meeting by a mischievous guardian angel. That guy said, “Geeze, I’d hate to have to rely on you to set a broken leg!”

I knew he was right. I thought he was a jerk at the time, but truth-tellers often get that reaction. That guy was telling a truth in a way that I could not not hear it.

The truth? I was just being a wimp.

I was bailing on the people who desperately needed our services. I was hiding from my own discomfort, and I was blaming that discomfort on the very people in need.

I had been looking at things all wrong, and it took that guy kicking me in the teeth to get my attention.

Setting a broken leg is not pleasant. If you never have had a broken bone, just go watch some old westerns. You’ll get a pretty good idea of how bad it can be. The poor cowpoke gets thrown from his horse and breaks his leg. His buddies know what they have to do: fill him up with whiskey, give him a piece of rawhide to bite, and pull that sucker until it’s in place. You can hear the screaming on the other side of a large Texas county. But the pain of getting that broken leg set is far less than the pain of living – or dying – with it.

I had to become someone who could be in the presence of pain, be blamed for it, and not back down, because my leaving (wimping out) was a bad thing for everyone involved. They kept their problem. I didn’t get paid. The company didn’t grow. Not good.

Tough and Tender at the Same Time

You see, the word “sales” comes from an old English word, “sellan,” which includes the definition “to give or hand something over voluntarily in response to a request.”

I thought I was talking to people about trading money for our service (a service, incidentally that no one really wanted but that everyone needed if they were in business).

What I had to learn instead was to talk with people about their broken leg, so to speak; to help them see how much worse it could hurt them if they didn’t fix it; to make sure they grasped that the pain they felt now was nothing compared to what they were going to feel if they didn’t fix it. I had to accomplish all this while those same people were hurting, scared, angry, and ready to lash out just like that drunken cowboy with a bit of leather in his mouth who wanted to kill the guys who were saving his life while they were in his service.

Did you really get that last part? “While they were in his service.”

There it is. The heart of Sellan: voluntarily giving people what they want and need in response to their request.

Some of the ideas in today’s post were inspired by a really interesting interview my friend Kody Bateman did with Bernadette McClelland. Check it out here. (Get out a pad and pencil – you will want to take notes.)