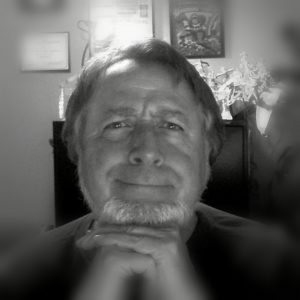 Coaching grew out of a desire to move beyond the sales training I was doing in the mid 1990’s.

I needed something that could leverage the skills and strategies I was teaching with a strong personal development model that would break through many of the barriers to success with which my clients were dealing. My first coaching client hired me in 1996, and I have been coaching ever since.

The coach training I have received has come from three main sources:

CoachU was one of the first training companies that focused exclusively on the skills needed for life and business coaching. I graduated from their program in 2002.

Coachville is the invention of Thomas Leonard, the “father” of modern coaching. Thomas wanted to create a body of ongoing training that would continue to develop experienced coaches as well as start out aspiring ones. I was one of the first 1000 members of the GSC when it was launched and regularly return to them to upgrade my coaching skills.

I entered the direct sales world in 1982, starting out in B2B financial services. For most of the 80’s and early 90’s I was one of the top producers nationwide. I was national champion in 1984 and afterwards continued to sell as well as manage a sales team in the DFW area.

In 1994 I joined a national sales training company where I both trained and sold training, with a particular emphasis on the “non-selling” professional, i.e., people who either were defaulting into the sales role as the owner or senior leadership of their company or who were at their core “techies” but whose job had a strong sales requirement. I left in 1996 to start my own company, focusing more on the coaching side while still developing the sales training aspect.

In addition to my coaching, sales, and training business, I lead a team for a large international direct sales company specializing in relationship marketing products.

I have a Bachelor Degree in Music and Dance Performance from UT El Paso.

While in University I was involved as a participant and co-leader in the I-Group program, which was a form of encounter group to increase self-awareness and social sensitivity and to change behavior through interpersonal confrontation, self-disclosure, and strong emotional expression. I also learned and taught meditation practices.

I have been trained in and have had certifications in DISC Behavior Styles, Personal Interests Attitudes and Values (PIAV), and TriMetrix® Index.

I received NLP training through my sales training company in the mid-90’s,

Michael Stammer
Scroll back to top