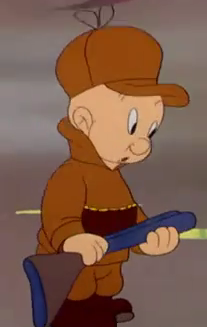 The year was 1986, and I was sitting at my table at the annual awards banquet watching Billie and shaking my head at my own foolish short-sightedness. Billie was standing on the stage beaming as he was proclaimed the top sales person in the country for 1985. I was proud because I had hired him. I was a bit peeved because he had beaten me. And I was amused at myself because I had tried so hard NOT to hire him early in 1984.

I Was the Sales Manager.

As often happens in sales organizations, I had been promoted to manager for two reasons. One, I could sell. Two, my boss had been fired. Now let me tell you, gentle reader, those are NOT the criteria you should use for selecting a sales manager. Still, I was given the job and along with it the responsibility to develop the other people on the sales team—I was totally unqualified for this task—and for hiring and training new people—I was CRIMINALLY unprepared for this task.

I’m not one to back down from a challenge though, so ahead I went with the position.

The Man Who Would Not Quit

Our Lewisville office needed a sales person, so I started the process of placing ads and interviewing. Fairly early in the process, I got a phone call from someone who wanted the job and wanted to come by and see me. Based on his phone voice, I was not impressed.

But he insisted, so I acquiesced and granted him an interview.

When Billie walked into the office I immediately recognized that my first impression on the phone was totally wrong: he wasn’t nearly as charming or attractive in person.

He was balding—or I think so—his hair color was too non-descript to be able to tell. He was wearing a three-piece suit, several years out of style, and a tie that must have belonged to his grandfather. When he took off his jacket, I saw that he had on a polyester shirt with short sleeves. His glasses were so thick that I wondered why he was allowed to drive. When he talked his arms moved about in a jerky, almost spastic way that was downright disturbing.

“Good God! What do I have here?” I thought to myself.

The problem, however, was that Billie was the ONLY candidate I had at the time, and I really needed to fill the position. Furthermore, his wife worked in the office and was campaigning strongly for him with the practice owner.

Still, I just could not see him representing us. I gave him a cursory interview and said I’d think about it. But Billie would not be put off.

I handed him a photocopy of our standard presentation, which was several pages long, and told him that when he had it memorized he could come back and continue the interview.

He left, and I thought that would be the end of it.

The next day Billie called me on the phone and said he was ready.

This Guy Really Would Not Give Up!

I was trapped. The pressure was on to fill the position, so I told him to come on over so that we could talk some more. He had done just as I had asked, and I really could not find any good reason not to hire him.

I decided to give it a try, but I set up one more hurdle to see if I could blow him off: I told him he would have to work in the office for a week to become familiar with our systems before I could let him out in the field. The problem was that I had overlooked the fact that I would have to be in the office with him that whole time.

After two days of that, I was going mad and decided it was time to throw him to the wolves.

So, on the third day, I came into the office and announced that today I would show him how to make walk-in cold calls. We drove into the territory he would be working, and I told him just to watch while I showed him how it was done.

I made ten calls, got a couple of OK contacts, but no real interest. I turned to Billie and said, “Your turn.”

He made five calls and scheduled two appointments to come back and meet with the prospects.

I said, “Billie, I think I’ll just leave you alone.”

I dropped him off at his car and went on with my day.

A few months later, I sat fuming at one of the quarterly banquets as Billie went up to the dais time after time after time to accept sales awards. I partially credit Billie for building the fire in me that made me the best in the company that year.

The following year when Billie was number one, I was proud because he had taught me more about the measure of a sales person and my job as a manager than I would have imagined.

Now, whenever I watch Elmer Fudd, I wonder what is REALLY going on with him and that rabbit.