I love fiction – good fiction. Stuff like Lord of the Rings (although Tolkien himself described it as a history). I read the entire trilogy one summer in high school. I didn’t really get at the time that the greatest hero in the story is the lowly gardener, Samwise Gamgee. The character we see in the movie is a much younger version of what I imagine Sam to be in the book. But still, Sam is the one who – when all the chips are down, when there is everything to lose, when there seems to be nothing more that he can do to help – will not quit.

The brave and loyal Sam picks up a completely spent Frodo Baggins, places him on his shoulder, and carries him to the top of Mount Doom and his destiny. (Watching the movie – Jackson truly captured the genius and the heart of Tolkien’s book –  fills me with awe.)

What happens on Mount Doom is the fulfillment of a scene from the end of the first book when Frodo tries to leave The Fellowship behind. Sam will have none of that. He wades out into the deep water in pursuit, ignoring the fact that he cannot swim. Frodo fishes him out of the water:

Frodo: Go back, Sam. I’m going to Mordor alone.
Sam: Of course you are. And I’m coming with you. I made a promise, Mr. Frodo.
A promise. “Don’t you leave him Samwise Gamgee.” And I don’t mean to.

I choke up every time I read that.

In that he says it all. That is who Sam Gamgee is: totally true and loyal. He made a promise. Period.

It happened a long, long time ago as I knelt on the edge of a duck pond in Grand Prairie, Texas. It was a chilly Mid-November afternoon, and I had set up my old Kodak Disk Film camera to take a shot using the auto timer. (This was back in the epoch before cell phones.) I looked into the camera, and <click> a moment was frozen in history. 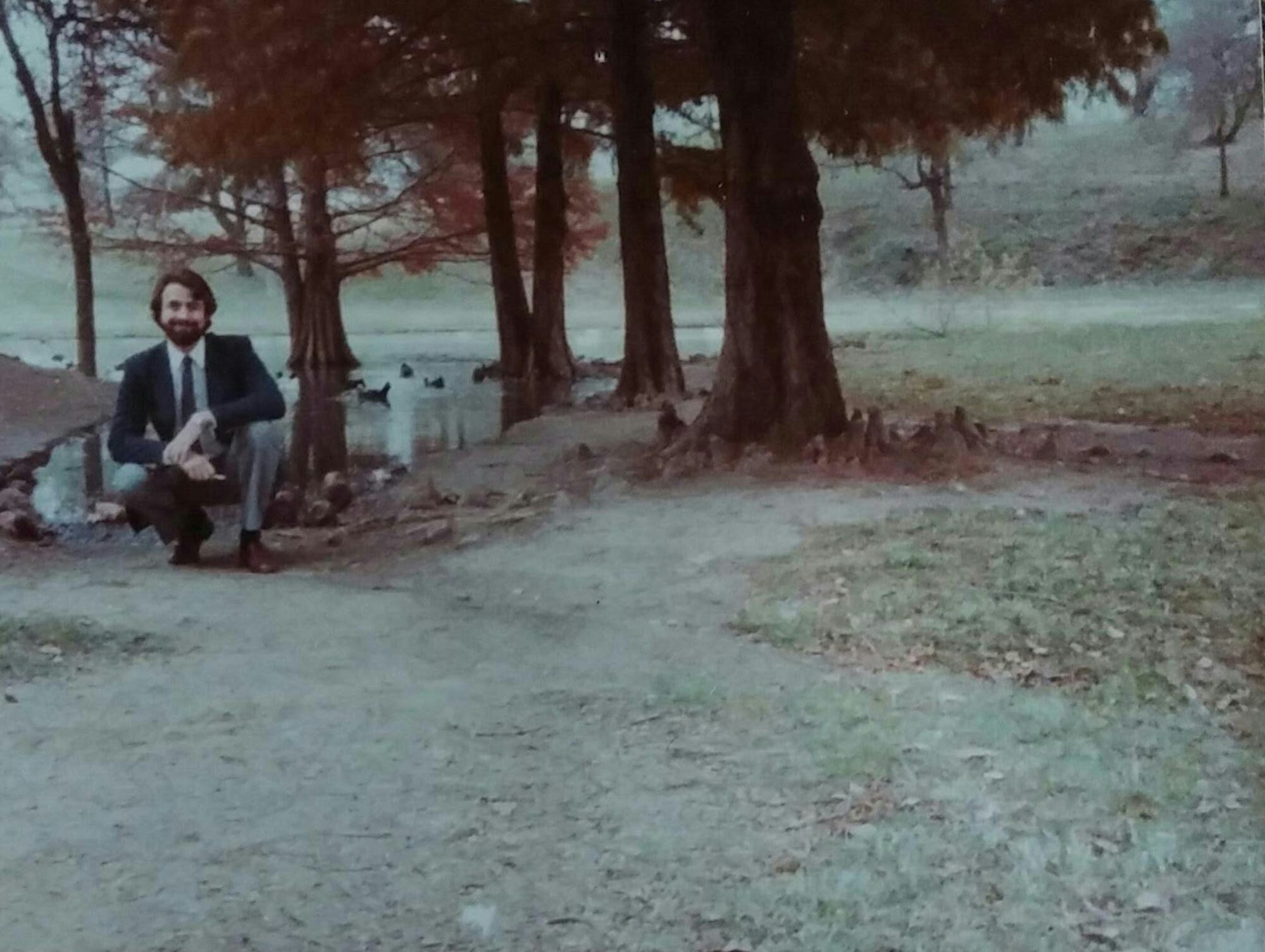 Earlier that day, the old man had explained that “sales people quit at predictable points.” He was my manager, but I knew that he was going to be something very different as we moved ahead. “Sales people quit at predictable points,” he repeated. “Sometimes you never see them again after the hiring interview. They drop out one or two weeks into training, just before they have to actually go to work. Probably fear. Then at 6 months, they realize that this can be a hard, hard business, and it just wears them down. Then at 2 years, although they might be doing OK, they wonder if it’s going to be worth working this hard in the long term.”

It all made sense to me. As I considered each of those defining moments that I was going to face, I knew that I had made at least the first two cuts. I hadn’t been there 6 months yet, and I could see how it was going to be a challenge to stay that long, let alone through the second year. But I knew I must, because he had gone on to say, “Once you make it past the second year, if you are still in sales, you are probably going to be here for life.”

OK. I decided. I was going to make the final cut. I was never going to quit anything again unless it was on MY terms and I was winning. As Jordan Adler, a leader in one of my businesses says, “Never quit on a bad day.”

I was a fairly young man at that time. I had practically no experience in sales and absolutely none in the services I was selling. Nevertheless, I had chosen this path – to sell on commission without guarantees, to perform without a net – because I knew that anything else would keep me indentured.

So I made the decision: “I will make the last cut!!”

That day, I went back into the market and faced the same struggles and challenges that I’d had the day before. Gosh, it was painful. But I had made the final choice. It was do or die time. I decided I needed to take note of this moment, so I pulled out my camera, picked the spot, and took the shot.

And then I went back to work.

I had one terrible day after another. Occasionally, I got a win; but frankly they were mostly crumbs, and I needed meals.

But I had made a choice, a commitment, a promise.

It took many months and lots of pain, but I ultimately made it to the top of the sales ladder, leading the nation in sales. How I did that is another story, but I never would have made it to the point where I could quit if I chose to on a good day had I not made that choice….