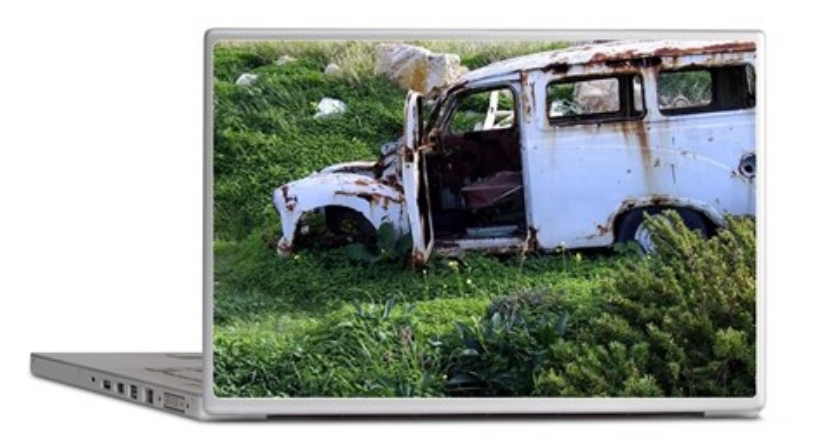 There are no small upsets.
They are all equally disturbing to my peace of mind.
~ A Course In Miracles

When you miss your goals hugely there can be a great temptation to sink to the ground in defeat.

Every voice that ever whispered “failure” into your ear suddenly reasserts itself in some diabolical plot to undermine every hope you had for something great and good.

The curious thing, I have observed, is how often the thing that tosses you off course is huge in the way of a small stone in a shoe.

My most current “stones” were a sore ankle and knees for my health/fitness goals and a dysfunctioning Dropbox on my Linux laptop that is knee-capping my writing goals.

The former required some rest, acceptance, and trying new approaches to reaching my athletic and health goals.

The computer thing – now that one was tricky.

Despite my need for order and consistency in my life I still have to change things up regularly or I get bored and the way that I write is subject to that. I love writing at my desk but sometimes the chair feels uncomfortable or I just know that I have been sitting too long and I need a change of venue.

More often than not, though , I will be writing on my familiar old clunker Dell Inspiron 600m that I picked up via Craigslist a couple of years ago. The thing is, I really love it. It is little more than a word processor so there are few distractions for my still ADD mind and I can benefit from my natural tendency to hyper-focus. But the bare bones Linux platform I installed suddenly stopped working with Dropbox. When I have to concern myself with whether the version of something I am working on is the most current because Dropbox isn’t doing its cloud syncing thing, then the little upset stops being an inconvenient speed bump and becomes a steep embankment.

I’m not tossing out tools just because they need sharpening

Yes, it would probably be simple enough to go out and pick up a new laptop so I can just get back to work. But there’s a part of me that rankles at tossing out tools just because they need sharpening.

I guess that’s the same “Mr. Natural” who lost a borrowed disc golf disc on his first outing last week with a buddy and before anyone knew what was happening, there I was with my trouser legs rolled up wading into 40 degree water to retrieve it. I played the rest of the round barefoot on cold muddy ground but I DIDN’T LOSE A PERFECTLY GOOD DISC! So, it is little surprise that I’m not going to toss a here-to-fore useful (and loved) tool.

One version of super-responding may have been to buy the best laptop I could find and call it done. But Linux, out-of-the-box, systems are few. Besides, part of the problem was a feeling of being at effect of external systems over which I had little control . And then there’s that sustainability thing. I do get cranky when I have to junk something that is perfectly functional just because some techie or designer decided I need to be a better consumer… and CONSUME more. Nope – not gonna toss it without a fight.

So, Monday was the day, the whole day, to solve the problem once and for all. And it’s done. Linux Mint Cinnamon is now reliably running the apps I need on my old jalopy laptop.