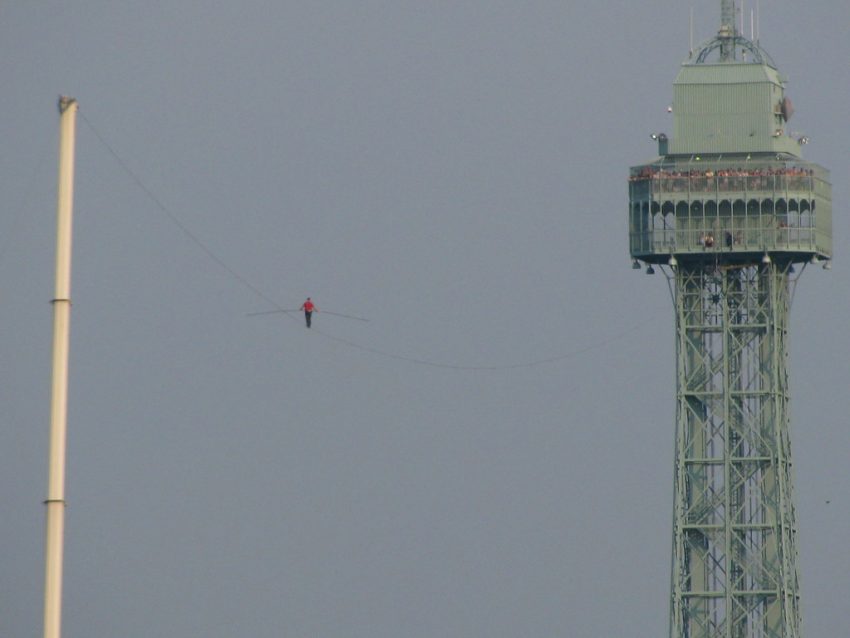 When you’re a kid, small, even insignificant, things can teach you to dial it back and play it safe.

Not dirt poor, not sharecropper poor, but we didn’t have much money. My father had been gone a long time, my now-single mother, and her mother, and my older brother were now my only family. We had moved 800 miles from the place of my birth to a tiny adobe house on a patch of caliche in west Texas. At the time I didn’t fully realize how little we had. No one around us had much either.

It was coming on to Hallowe’en some time in the mid 1950’s. That year we were able to get two – yes TWO – pumpkins to carve up as jack o’lanterns. But there wasn’t money for two candles. My mom somehow managed to buy us one large candle that she was going to cut in half. That way we would both get to have a candle, albeit a bit on the short side.

But I had an even better idea

Why wait to cut it?

I’d show them how smart and strong I was and just break it in half with my bare hands! Well, I didn’t think that one through too good. I knew I had make a terrible mistake when I saw the two shorter candles in my hands: one had a very long wick, but the other one had a hole in it where the wick used to be.

My older brother played the blame game. And you know which half I got!

To be honest, I don’t know what happened after that with the candle. I’m sure my mother made everything work somehow; she tended to do that. But I do know that I learned that day, for the first time maybe, that it’s not a good idea to “be smart” or to “take chances” or to “act on a hunch”.

The rest of my life was a “dial it back” pattern

I didn’t audition for the plays. I wouldn’t try out for sports.

I did find ways to break the pattern as I grew older. I started ballet on my own initiative and even danced professionally. I pursued spiritual paths through meditation. I embarked on a sales career with no salary or draw and became the top salesman in a national organization. I even became “Coach Michael”… IN PUBLIC. 😀

But all the time, without realizing it, I was still “dialing it back”.  Even today, I still catch myself playing at a 2 level when I have a 10 inside me.

And then, one day I realized something.

I have a Super Power!

I see “dialing it back” people.  People who could be loving, playing, creating at a 10 level but who keep tapping the brakes or turning it down.

Where are you dialing it back?

Are you playing at a 2 level when you have a 10 or higher lurking inside, crying – SCREAMING – to get out?

Do you want to stop the pattern?

After a little bit you might want to crank it all the way up to 2.5.

Fine. Easy does it. Easy peasey. Then leave the dial alone again.

This isn’t about perfection. It’s about PROGRESS.

Look at the picture at the top of this post. It’s Nik Wallenda walking the high-wire at Kings Island on August 15, 2009. He didn’t start out on that wire in the photo. But little by little, over time, it became his new comfort zone.

So dial it up.

2 thoughts on “Stop Dialing It Back”