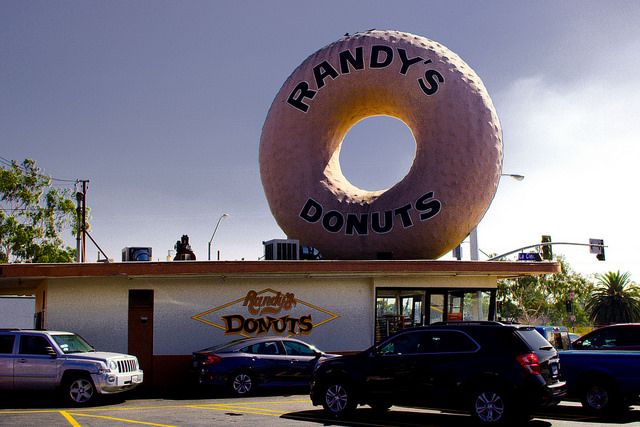 As we become “wise and experienced adults” we tend to think that the best lessons are from our professional life. The longer I live, the more I recognize some of the best stuff happened before I was twenty. Here’s an example from a simple story shared with me by a friend back in my boyhood town of El Paso, Texas.

The story involves a good friend of the time named Dorothy and a dream that she shared with me.

Before I tell you the dream, let me set the stage for you.

Dorothy was from the Detroit area. How she landed in a land-locked desert like El Paso was never clear to me. When I lived there the annual rainfall was something like 6 inches. I notice it has gotten pretty “damp” there of late, by El Paso standards, with close to 10 inches on average. El Paso was so dry then that a friend who had been stationed at Ft. Bliss, which is contiguous with El Paso, commented, “Why do they even bother measuring humidity when it’s in single digits?” He had a point.

Being on the outskirts of the city for most of my childhood, we were close to the agricultural part of the area with cotton, sugarcane, and corn fields. Most of the bulk water that I knew growing up in El Paso came from the associated irrigation canals and artesian wells and from the occasional watering hole for livestock.

The “lakes” in El Paso that I knew of were  pretty much made-up deals.

The “lakes” in El Paso that I knew of were  pretty much made-up deals or the seasonal filling of a geographical low spot when the annual rains came. I heard there was one to the far east of town in what seemed to me to be a made-up place called Horizon City. When full it was described to me as a very large and very ugly wading pool. I am sure there were other bodies of water beside the Rio Grande, but I didn’t know them.

Except for one: Ascarate Park.

Ascarate Park in my youth had a tiny amusement park with a carousel, tilt-a-whirl, and similar rides. It was like a mini-Disneyland for me at the time.

It also had Ascarate Lake. You could fish, and water ski, and, if you were brave and had all your injections, even swim.

When Dorothy first arrived in El Paso, being from the Land ‘O Lakes,  she longed for some lakeside time. She got directions and headed to Ascarate. When she got there, she found a little inlet and was eager to find the rest of the lake. She followed the road next to the inlet as far as it would take her. When she encountered a fence blocking her path, she drove back from whence she had come. After awhile she found another fence barring her way. She drove back, looking for a way to the lake, and finally asked a maintenance worker how to get to the lake.

Apparently he had been watching her for a while. He smiled, kind of tipped his head, and said, “Lady, you’ve been driving around it for the last 30 minutes.”

“Lady, you’ve been driving around it for the last 30 minutes.”

At 48 acres, Ascarate Lake is NOT what she was expecting for her aqueous commune with nature. I can only imagine her feelings as the reality that this was Ascarate Lake settled on her. It was water, just not “Land ‘O Lakes” level water. Knowing Dorothy, she laughed at herself, was grateful for what it was, and went on to have a good time.

Now, back to Dorothy’s dream.

Dorothy was a very active member of her religious community. She had been elected to serve on the local assembly that guided and made decisions on behalf of the group. Anyone who has served on committees of any sort appreciates the challenges of making important decisions and getting things done, all while maintaining good relations and harmony within the group.

It can be quite a challenge. (Yes – I am prone to understatement.)

And this brings us to the dream: In her dream, all the members of her assembly met one morning. They all got into a car and drove down to Ascarate Lake.  They then put donuts into their mouths and drove around the lake.

That was the entire dream. Sounds silly. Sounds simple. But this is what Dorothy told me:

“When I woke up I realized that we had been meeting for weeks, eating donuts, and going around in circles.”

I have forgotten whether her assembly got the message, but I know for sure that I did.

I have had the privilege of serving on many committees and boards in my life, and I have always been on the lookout to be sure we were never Driving With Donuts. Whenever I start to feel the momentum slipping and that we’re starting to just go through the motions without getting something done, well, I tend to kick over the donut box and, sometimes, I’ll even tell this story.

It doesn’t make me popular. Unless you are one of the people who wants to get stuff done.

I’m curious to see if I ever get asked to be on another committee or board again.

2 thoughts on “Driving With Donuts”