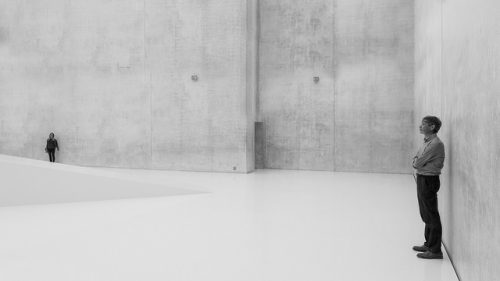 Designing your life is not like going to the moon. It’s far more complicated.

In 1859 an English property owner in Australia named Thomas Austin released 24 rabbits on his property near Victoria. Austin is on the record saying, “The introduction of a few rabbits could do little harm and might provide a touch of home, in addition to a spot of hunting.” Within 10 years of their release two million rabbits were being shot or trapped annually with no apparent impact on the bunny population.

Situations like the the Australian rabbit population are the result of factors that were not foreseen by a 19th century landowner just wanting a reminder of home and to pursue his hobby. But the complex ecosystems that were upset opened a lot of eyes. To this day rabbits are such an endemic problem that even owning rabbits is a crime is several Australian states and biological toxins are being released to kill them. To further complicate things  southern Europe has too FEW rabbits which threatens many species that hunt them. So the use of viruses to control rabbits in Australia is of deep concern to European conservationists. This is a very complex story which your can read for yourself  here.

Maybe this is an example more of the Law of Unintended Consequences than of simple design but it makes an important point.

Things can be real hard to understand when you are right in the middle of them.

This is particularly true if your world vision stops at the end of your nose.

It would be naive of me to claim that everything in life should be black and white simple. I wish we could just reduce everything from climate change to cultural trends to a few strokes of an artist’s brush and act with full understanding of the likely impact of every choice.

Still, I am puzzled by how frequently people complicate things that are fairly straightforward and simple.

In my work I frequently meet with people who are working yet another “killer” program that is going to change everything about their business. The promise of unlimited prospects, high conversion percentages, and sky rocketing profits sends people bouncing from program to program to program. In my last post I spoke of sales people always looking for the silver bullet, the super powerful closing phrase, or the new presentation that will send prospects to their knees begging to buy from you. I’m not saying there aren’t best practices and excellent programs that make a huge difference in your business. What is wrong is that people hopscotch, bunny-like, on to the next solution before really implementing what they already have in hand.

It is more important that you do what you know than to learn the next new thing.

Years ago I was meeting with one of my company’s training clients trying to figure out why, after more than two years in our program, he was not doing any better at all. When I got to his office I suggested we review some of the training materials we had given him when he started with us. I knew from the sheepish look on his face what was coming. He glanced up at the top of a bookshelf and there they were, all fresh and new and still in the shrink wrap. I recalled something my veterinarian had said to me many years earlier:

“Mike, that flea powder I gave you will work a lot better if you take it out of the can and actually put it on the cat.”

Yea, we humans can really be pretty dumb.

It’s a just so darned common. Time after time I see versions of the same “strategy”:

If that client had just opened his materials and worked the plan he purchased,  one simple step at a time, he could have knocked it out of the park. Instead he kept making the same dumb-ass mistakes over and over.

Tim Ferriss’ blog offered two dynamite questions that I keep at the top of the white boards in my office.

When something stops working I ask myself “What would it be like if I chose not to replace it?”

In recent years I’ve discovered a simpler life. I have no printer, no dishwasher, no “extra” car, no toaster, no coffee maker, only one television. That’s just what I recall off the top of my head.

We decided, instead of replacing something, to live without it for a few weeks. Wait  to see if we even missed it. Our dishwasher was one such item that we did not miss. Being a free standing appliance it went to the curb. We moved a lovely rocker into our kitchen where the dishwasher used to reside. We really like that rocker and only think about the dishwasher to remember how much we like not having it anymore.

What can I stop doing?

I now ask the question “What can I stop doing?” more often than “What should I start doing?” The less I do the things I don’t want to do the more I do things I love and that have a real impact, like this blog.

So it comes down to this dear reader. What are the core things that drive your business, craft, art, profession? If you aren’t sure, just Google some version of “If I want to be good at ______, what do I have to be good at?” You will be amazed at the number of lists you will find. Some of them will be better than others. Just look at them carefully amd you can uncover a relatively short menu of proficiencies.

Pick one and focus on it for a week. Focus on that ONE thing for a week.

Get a mentor, coach, or co-worker to help you and establish some kind of accountability system.

If you feel you have made progress at the end of a week, pick another thing to concentrate on. If not, stay with that item for another week.

But by all means, KEEP IT SIMPLE.